I can still remember his twisted smile, the way his mouth curved to one side right before he laughed. I can still see him in my minds eye. Forever 39 years old. Forever in my heart.

I lost my brother in 2006 and in some ways, all these years later, it feels like I dreamed him up. Faded memories become blurry and I wonder if they really ever happened but then there are the pictures. I see him in his teens, full of wonder and bursting with excitement. I see him in his twenties, friends have their arms slung across his back with drunk smiles. I see him in his thirties, holding my firstborn son, looking down on him with total love and awe. He only ever got to spend 2 years being an uncle. His love in those 2 years was something fierce though. My son was the apple of his eye and he just ate him up. He was 37 at the time, with no kids of his own, and I think that being an uncle filled a kind of hole in his heart.

When he was 39, he left us and to say it was sudden wouldn’t even begin to describe it. One minute he was calling me on the phone and then the next minute my phone is ringing and someone is telling me that he’s gone.

The thing about death is, that even though we know it can creep up on us at anytime, we never really believe that it will. We carry on believing that death is for the old and sick and so we go about our days not giving much attention to it. We leave people with unkind words or empty stares because we will definitely see them again and work things out. We don’t apologize because we need time and we’ll definitely do it tomorrow. I mean, there’s always tomorrow, right?

I had no time to say goodbye and no way to call him back. He wanted to talk to me and I was busy so I let his call go to voicemail and the next day he was gone. That isn’t fair. I had his number and had every intention to call him back (tomorrow) but now he would never answer. This time, my call would forever go to HIS voicemail.

I love my brother and there isn’t a day that goes by that I don’t wish I would’ve answered that call and been able to talk with him one last time. What was it that he would have told me? Was it important?

Don’t take time for granted because it might be running out soon. Time is never guaranteed, it’s unpredictable and fleeting.

Cherish the people you love and leave anger behind before you walk away from them. Anger never made things right.

Say I’m sorry, even if your not ready to. Swallow your pride.

Say I love you, more than you should.

And answer your phone…..it could be that the person calling will have no way of getting in touch with you tomorrow. 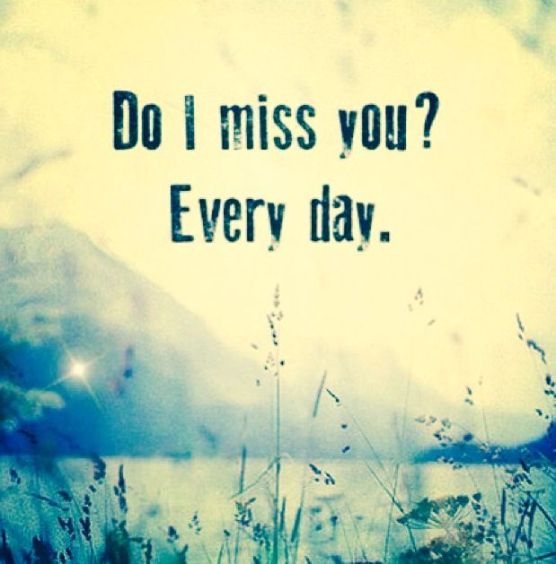